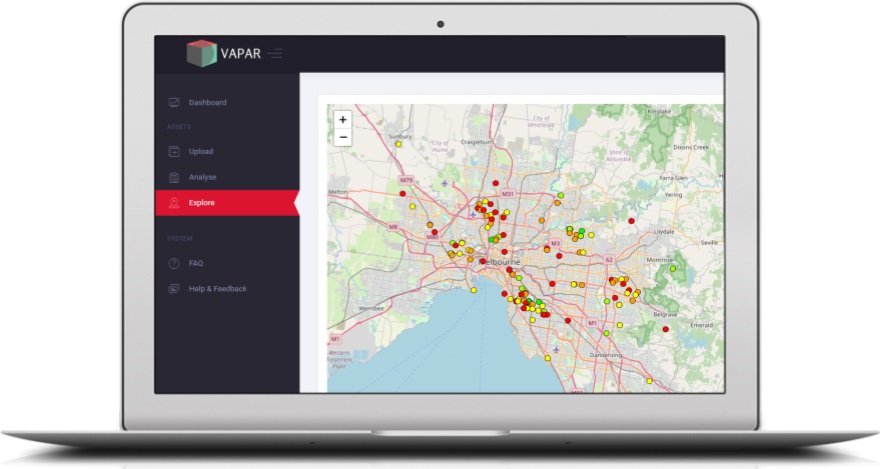 VAPAR Partners with United Utilities and Doubles Down on UK Expansion

Following a AU$25,000 NSW Government Minimum Viable Product (MVP) grant received when VAPAR first launched in 2018, which was used to build the platform and hire developers, VAPAR has had extensive success in acquiring customers including Sydney Water, SA Water, City of Ryde, Blacktown City Council, Campbelltown City Council, Rural City of Murray Bridge and more. VAPAR’s platform is revolutionising the way infrastructure is tracked, repaired and maintained by automating what have been highly time-consuming and manual tasks for the industry.

New South Wales Minister for Jobs and Investment Stuart Ayres said it was great to see VAPAR making such an impact on its industry:

“VAPAR are based in the Sydney Startup Hub and they are such a great success story – the fact they are heading towards further national and international growth is inspiring.  Our MVP program is designed to support promising pre-revenue startups just like VAPAR. It allows them engage with potential customers in the early stages of development, helping create innovative solutions that address industry needs or market gaps, right here in NSW.”

In addition to increasing their marketing traction in Australia, VAPAR’s deep learning models have also been used successfully to increase the efficiency of inspecting the sewer network for United Utilities, the water and wastewater services provider for the North West of England.

United Utilities Head of Innovation, Kieran Brocklebank, commented on the relevance of artificial intelligence to the water industry:

“United Utilities is always on the lookout for ways we can provide world class services to our customers. Using artificial intelligence to provide insights that can be actioned before issues arise is why we are interested in partnering with companies like VAPAR, who stand out because of their agility, technical skill and willingness to work collaboratively”.

United Utilities manages over 77,000 kilometres of sewer pipe and services 3 million homes and businesses in the North West of England.

The co-founders, Amanda Siqueira, CEO, and Michelle Aguilar, CTO, plan to use the government grant and Australian water utility work to further scale the business and make a focused effort on expanding into the UK.

“There has been significant demand for the VAPAR platform from day one, and our work with United Utilities is testament to the scalability and global value our services can provide. We had originally planned on proactively expanding into the UK market in 2022, but with this federal government grant we can now accelerate our plans and work on this sooner throughout 2020-2021.”

As VAPAR needs to meet strict engineering requirements for its utilities, public sector and government customers, the focus on quality has always been at the core of product development plans. While VAPAR disrupts and automates processes that have been in place for decades, Aguilar believes there is an opportunity for local solutions to global problems that are both reliable and innovative.

“Australia has an opportunity to be a world-class innovation hub, and to futureproof our economy with a focus on technology and entrepreneurship. We’re proud to be a part of the innovation ecosystem in Australia, and to be hiring and growing our business locally as our customer base expands internationally. Expanding into the UK market is an exciting move, and we’re looking forward to continuing to showcase our Australian solutions on the global stage.”