What is a venture studio & how does it work? 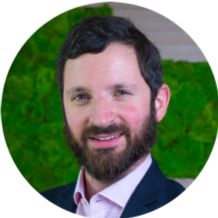 What does a venture studio do?

Venture studios provide startup expertise, a lean approach and resources to identify and validate the product-market fit of new ideas and grow them into businesses. Typically a venture studio will either work independently creating a portfolio of startups or, as is the case at L Marks, operate as a partner to in-house innovation teams looking to develop new ventures.

But why would you partner with a venture studio when you could launch new startups in-house or invest in already established startups? There are several reasons why this strategy isn’t wise, but the main reason is the low odds of success. Most startups fail.

According to research by CB Insights, startups fail due to a lack of need for their product (42%), lack of capital (29%), wrong team for the project (23%), and superior competition (19%). Venture studios allow you to mitigate many of the above reasons, giving you much higher chances of success than traditional venture-building routes.

We’re seeing venture studios operating in several different structures. Below are the key areas of variance between approaches;

How do venture studios work?

As mentioned above, some of the processes and approaches will differ between venture studios, but generally, the following phases are covered;

The venture studio starts by building a team around the idea and working to understand and refine the brief. Is the starting point to identify opportunities in the market and develop ideas, or is there already concrete research, problem identification and a specific concept for the startup?

Once the startup idea is established, the studio will identify all the assumptions for the concept to be successful. For example;

The experiment method will differ depending on the nature of the assumption. For example, an ad campaign driving people to a landing page explaining the startup proposition could measure interest and establish whether the proposition resonates with potential customers.

Venture studios often go through many agile iterations of an idea, learning which assumptions were valid and tweaking the concept based on the data. Once completed, the venture studio is at a decision gate where it’s time to decide whether to continue with the startup, pivot based on data from the experiments or start on an entirely new idea.

If the startup idea is validated, the venture studio will develop an initial launch plan and go-to-market strategy and establish all other aspects of running a startup from operating processes, finance, targets and team development.

Depending on the venture studio, the startup might continue to be run and owned by the studio, sold or acquired to a third party or managed by a corporate partner/parent company as an independent brand or assimilated into the broader organisation.

Why should businesses partner with a venture studio?

Here are the top reasons corporations and in-house innovation teams partner with a venture studio.

Keep ahead of the competition

Instead of playing catch up or engaging in bidding wars to acquire innovative startups, partnering with a venture studio allows businesses to keep ahead by continually exploring new ideas and revenue streams.

Given the expertise, resources, finance and approach of venture studios, it’s no surprise that startups out of studios do better. The top reasons for startup failure— lack of product-market fit, wrong team or lack of financing— are mitigated.

While large companies can excel at incremental innovation of their core business, startups require different skills and experience. One of the advantages of a venture studio is working with a team that has built many startups. Venture studios are not consultancies looking to advise but rather hands-on venture builders. They know what it takes to get something from the back of the napkin into a functioning venture.

Some venture studios also have access to extensive networks of experts across various industries. Such networks provide advisors, specialist partners or mentors who can share insight, specialist skills and tacit knowledge, which is otherwise hard to access.

Maintain resources and focus on your core business

Businesses that choose to develop startups in-house need to hire or divert resources from existing teams to work on an idea that has a high risk of failure. Such projects can be pretty distracting to core business operations and growth. This is why corporations partner with a venture studio where venture creation is fully resourced externally and done quickly, iteratively, and on a low budget.

While not all venture studios operate in an agile, lean approach, many do, including L Marks. Working with such studios allows you to observe how the lean process works, in contrast to the waterfall development that many large corporations use. Following such a process can help your internal team pick up new working practices they can apply inside your organisation to improve operations.

Looking to partner with a venture studio?

How can businesses use innovation to be more sustainable?

A guide to open innovation (with case studies)