As one of the largest electric energy companies in the U.S., American Electric Power, delivers electricity to more than five million customers in 11 states.

With a vision to power a new and brighter future for their customers and communities, American Electric Power (AEP) reached out to L Marks in 2019 to design and create the IlluminationLAB to be based Columbus, Ohio, as a strategic initiative designed to identify innovative technology solutions that will drive improved performance and enhance customer experiences in the energy industry.  The increasing demand for renewable energy, electric vehicles, and air conditioning are all helping to shape the future and over the next thirty years, the sector is likely to change dramatically from what it is today, in almost all areas of operation. 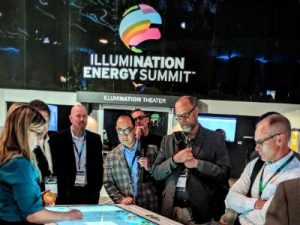 As part of a year of innovation, the IlluminationLAB would play a central role in the Illumination Energy Summit which brought over 400 industry leaders, legislators, regulators and tech experts to Columbus to discuss the future of energy and highlight the innovation that will lead the way. The centerpiece of the Illumination Energy Summit was an expansive and interactive area focused on advances in energy technology. This immersive experience includes hands-on learning and demonstrations the startups who were part of the IlluminationLAB and provided the backdrop for addressing the key energy challenges of today and tomorrow.

“Technology is playing a larger role in how we live, and the electric power industry is no exception. Technologies such as augmented reality tools, artificial intelligence and advanced sensors will transform how we work and the services we provide to customers. The IlluminationLAB approach has equipped us to test these tools in the real-world and develop plans to quickly get them into the field.”
Ram Sastry, Vice President, Innovation and Technology, American Electric Power

Having scouted over 700 companies, 16 companies were invited to the bootcamp in Ohio and took part in the IllumiNation Energy Summit.

Focusing on 4 key categories, seven startups were then taken into the program to spend 10 weeks addressing these areas of opportunity:

Throughout the 10 weeks Innovation Lab, startups were able to design, test, and demonstrate their current products and services as well as explore new offerings in live environments.

The startups selected for the IlluminationLAB worked directly with the utility mentors and industry experts in order to help advance and shape their pilot or proof of concept. Throughout the program they were able to develop their own products, platforms or processes, and the opportunity to conduct further business with the involved utilities. During this collaborative program, the partner utilities were able to conduct objective technical assessments of how disruptive new technologies can be demonstrated and applied in today’s rapidly changing energy system.

Headquartered out of Columbus Ohio, the IlluminationLAB developed into a national program with the startups trialling their solutions across the States and showcasing their achievements at the celebratory showcase event in Nashville, Tennessee. 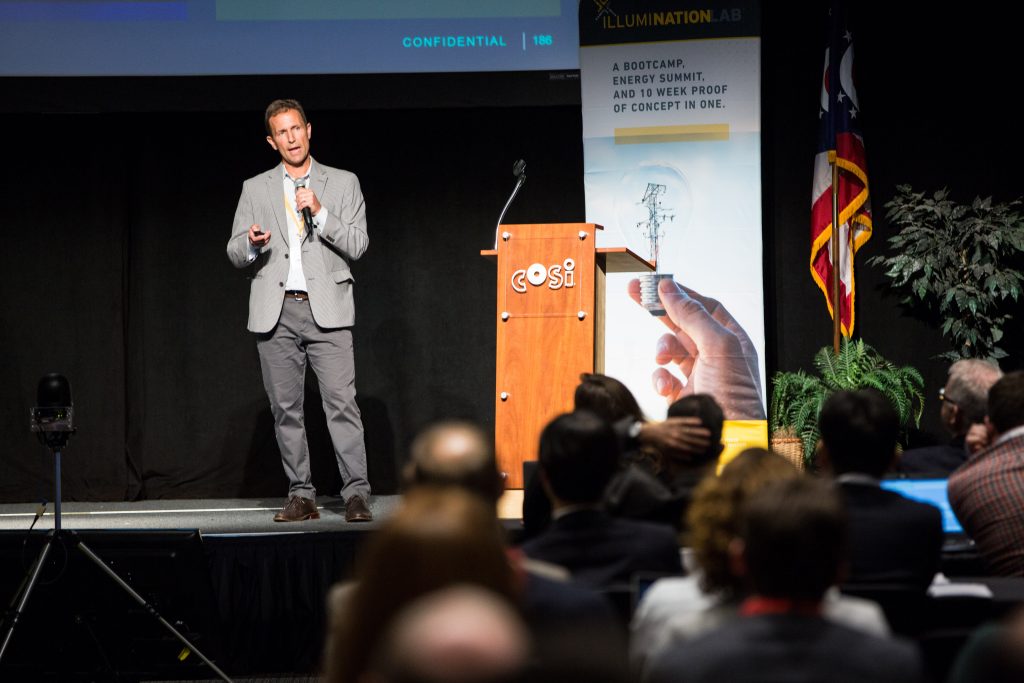 Sterblue is a drone software startup that has developed a cloud-based industrial platform to automate drone inspection for utility companies. It allows the user to upload the raw information about their infrastructures (supported formats include KML files, CSV tables, JPEG images, Lidar LAS, SHP Shapefiles) and generate 3D flight plans using geometrical parameters for guiding the drone along trajectories that wrap tightly around structures. The captured data is processed using artificial intelligence algorithms that automatically detect and characterise
defects on industrial infrastructures. Use cases are in the areas of wind energy, electricity distribution, electricity transmission and solar energy.

At the beginning of the program, Sterblue and AEP scoped out three distinctive use cases to run potential trials on. These were: large scale inspections of transmission towers; maintenance inspections for hyperbolic cooling towers; and wind turbines. Prior to the Lab, Sterblue had run trials covering transmission towers and wind turbines, but not cooling towers.

The trials took place over a three-week period. The hyperbolic cooling tower use case took place at AEP’s Mitchell Power Plant in West Virginia. Once the sites and use cases wereconfirmed, the Sterblue team ran the three trials over a three week period. The inspection of cooling towers was a new segment of the utility space where Sterblue haven’t ventured in the past. Since proving the concept on the program the team has built a new product for its other existing client base around this pilot.

“AEP Illumination LAB was awesome for Sterblue. This acceleration program was an amazing opportunity for us to build several strong credentials with the most innovative US utilities. AEP allowed us to roll out a new application without software, inspecting a 300ft high cooling tower. Huge excitement for our engineers!”
Geoffrey Vancassel, CEO, Sterblue

Partnered with AEP, Ario developed remote interactive video chat with subject matter experts and created user interface to easily add/update equipment and information. Ario is exploring artificial intelligence (AI) opportunities and how AEP might be able to support and test new functionality being developed for the Ario platform.  Shortly after the completion of the IlluminationLAB, Ario secured $2 million in venture funding in addition to receiving a further $1.5 million SBIR grant by the United States Air Force.

“Working with AEP and EPRI through the IlluminationLAB has been an extremely valuable experience. It has allowed us to gain critical feedback in order to improve our platform and we look forward to an ongoing relationship. L Marks’ facilitation of the Lab has provided wonderful opportunities for our team to round out our toolkit as we continue to work in the enterprise space.’’
Nate Fender, Co-Founder and COO, Ario 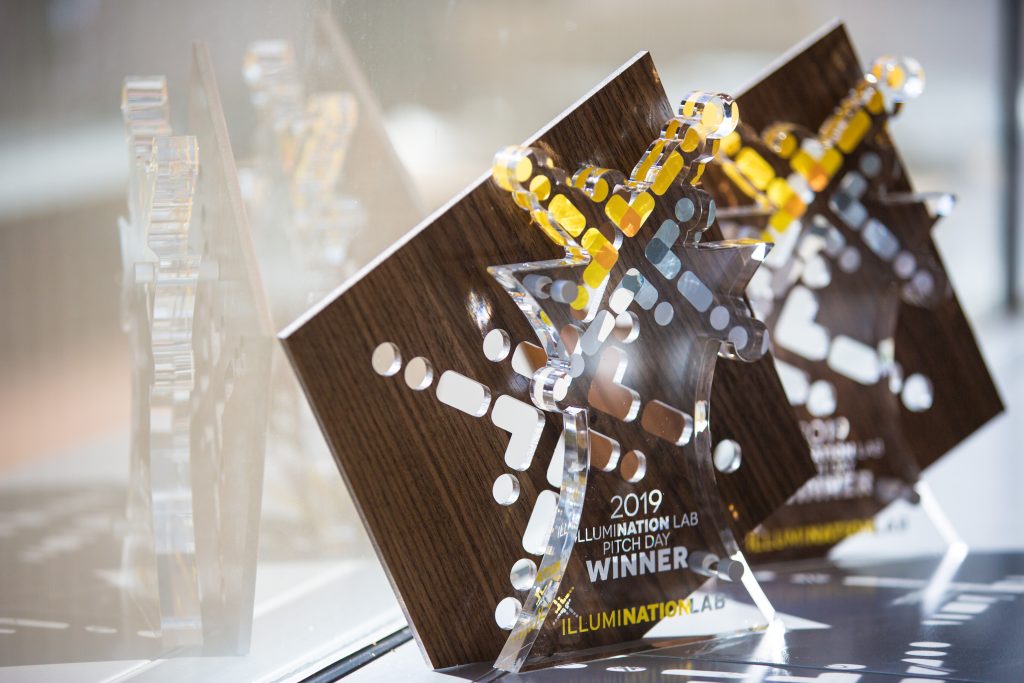 In 2016, L Marks partnered with International Airlines Group to create Hangar 51, the Group’s…

With more than 900 stores, Iceland Foods operate primarily in the UK and have stores in Ireland…